“Without travelling, I won’t be able to do what I love,” chuckles Florian Sander, founder and managing director of iThink Consulting Group. Often flying between Singapore, Hong Kong and Bangkok (which he nicknames his “Asia’s Bermuda Triangle”), Sander manages one of the region’s leading boutique consulting firms. He and his team of specialist consultants helped to launch Employees Only Hong Kong. There’s also The Balvenie Bangkok, the distillery’s first lounge in Southeast Asia, and playlab, a modem kids entertainment centre designed specifically for hotels and resorts. Next on his list? Transforming the shophouses along Keong Saik Road into a 61-room boutique hotel and a multitude of F&B concepts. “While I am (technically) only hired for the design and consultation. I would stay with the project from start to end to ensure all the components come together perfectly. I want to see to its success,” reveals the entrepreneur. 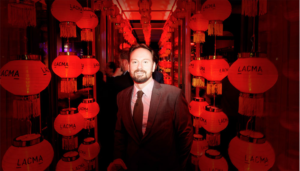 What inspired you to create such holistic concepts?

Previously at Goldman Sachs. I shuffled in and out of hotels constantly. I didn’t particularly remember them, except for one – the Grand Hyatt Tokyo. Sitting at Maduro (their jazz lounge), I watched at least 10 stunning weddings running parallel in a day. I had a stroke of epiphany. A hotel must not only be a respite for busy travellers, but also have holistic and sustainable products; the hotel has reached a whole new level of imagination.

There’s often a disconnect between brand position and what the various departments are doing. While rooms are worthy of the five-star ranking, are their lobbies, spas or afternoon teas five-star products? On top of the lavish accommodations. Grand Hyatt Tokyo has got equally extravagant restaurants, bars and events running throughout the property. The hotel has shown that multiple concepts coexist with great results (with the right team, of course).

Share with us a memorable moment from your career.

It was 3.30pm at the COMO Metropolitan Bangkok. I was working (head of the opening F&B team) and a European man walked in looking completely on edge. He asked for a coffee. The restaurant was closed so I got him his cuppa and joined him. He shared that he was about to propose, but he was so nervous about it. I told him. “You need a drink.” I poured us a couple of whiskies and calmed him down. Little did I know, he was the owner of Tenuta di Riseccoli, an Italian vineyard. The proposal obviously went well because he dropped off a bottle saying thanks (and wedding photos later). We kept in touch and I’d always order a bottle of his premium range, Saeculum, when available.

As a frequent visitor to Bangkok, where are some of your go to restaurants?

Definitely Issaya Siamese Club. My friends Frederic Meyer and chef Pongtawat Chalermkittichai have restored a two-storey Thai house in the middle of nowhere (you have to pass a junkyard to get there) into a modern yet rustic space. Both indoor and outdoor sittings are perfect for enjoying chefs progressive Thai fine dining cuisine. And Frederic used to be a DJ promoter so expect an amazingly curated playlist. There’s also Peppina off Soi 33. This Italian pizza joint has it all; great food, craft beers and a decently priced wine list.

Tell us about the amazing meal you had during your honeymoon.

It’s this quaint izakaya in Tokyo called Joumon. What I love most is this row of seats facing the streets that’s framed by a giant window. I got to indulge in my European habit of people watching while enjoying one of the most divine yakitori in town. All the ingredients are laid out. You can see the attention to detail, from the quality of produce and control of fire to the service. Each morsel, no matter what I ordered, was as addictive as the last. Of course, there were tons of sake and beer going around.

Your destination of choice for a vacation?

The Legian Bali. I had the honour of meeting the late Jaya Ibrahim, the designer and architect of the resort. I find it to be one of his defining projects. It’s timelessly elegant. When I’m sitting at the bar and starring into the sunset, it’s like I’m in a movie.

What’s a good book for those long, red eye flights?

For an intellectual debate about life, Jordan B. Peterson’s “12 Rules For Life” is a good start. He is a Canadian clinical psychologist who has been ruffling feathers with his controversial views. He is a brilliant communicator, making his book an engaging read. Another is “The Star Diaries” by Stainslaw Lem – my absolute favourite. It falls under the science fiction genre but the overarching topic of human nature and satire on technological advance is relatable to many. You would go on these crazy adventures with the clumsy protagonist but that’s just the surface; it does delve deep into various philosophies.